Established in 1945, the Neumanns Tyre Group have grown from a small family owned business into a large family owned tyre company boasting 16 stores throughout the South Island. Whilst the business has grown, the emphasis has always been on maintaining core founding principles of providing quality products and exceptional efficient service.

Not only does the group supply the highest quality brands of tyres to South Island motorists, but also specialises in commercial and agricultural tyres. To complement tyres, a large range of mag wheels are available at usually great deals.

As a tyre professional, not all vehicles are the same and not all drivers drive the same, so it is of utmost importance matching the right tyres to the vehicle for its intended purpose.

As an independent multi-brand tyre company, Neumanns Tyres incorporating Tyre General take great pride in the ability to supply a selection of tyres, ensuring you are always provided with the right tyre to meet your specific requirements. With strong ties to the Mid Canterbury agricultural community, Neumanns Tyres is a proud traditional supplier to Ruralco (Ashburton Trading Society) offering preferential pricing and on the farm servicing experience.

Outside Mid Canterbury, the network of Tyre General stores offer the same high standards of exceptional service and expertise.

On-farm/ fleet service means you no longer have to worry about getting that flat tyre from the farm into town to be repaired. Whether it’s your tractor, pivot irrigator or harvester our experienced fleet servicemen will ensure your downtime is kept to a minimum. 24 hours a day, 7 days a week… If you require tyres or service, call us direct on… 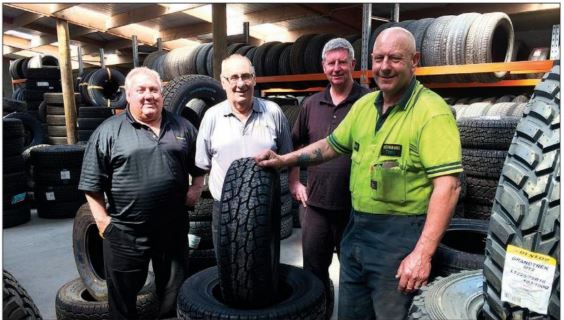 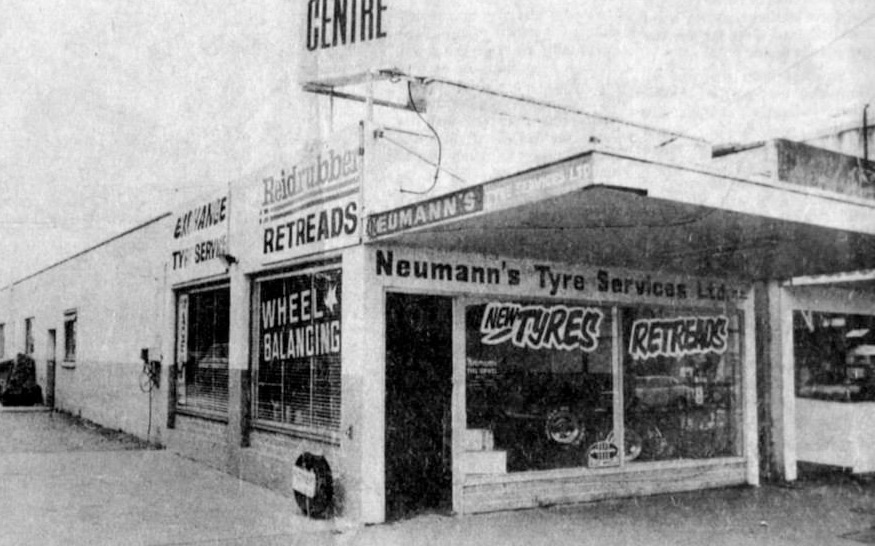 70 YEARS OF BUSINESS IN THE TYRE INDUSTRY

Back in 1945, Len Neumann saw a need to provide tyre repairs to the Ashburton district. Today the family tradition continues with Len’s boys, Alan and Ian and their children providing the same service to the 4th generation of Neumann’s original clients.cing and on the farm servicing experience.

With a few bob in his back pocket and newly married to Ashburton girl, Kath Green, Len Neumann decided to venture into business. Setting up was the easy part, making it pay in post war Ashburton when you were new to town was the hard part. His experience was limited having worked just six months for Motorways in Sockburn, Christchurch but his determination to make the punt pay off was immense. Neumann’s Tyres started with the whole of Len’s life savings of 87 pounds. Rent was one pound a week and his first week’s profit was 7 shillings and 6 pence. Obviously if you could get through the tough times, then you were seriously in business for the long haul.

Soon with a family on the way, it was crucial that Len and wife Kath should make their business work for them. The first premises was located at a shed belonging to Stevenson’s Auction Mart on Havelock Street. Business grew and Len saw the need to move across the road to the Welsh’s Building. Vehicles were serviced on the footpath and tyres were repaired upstairs. Len’s first employee, Don Hayes as a 15 year old carried tyres up the spiral staircase where liners were stripped off them to make sleeves while others were vulcanised. Initially owning very little equipment, Len used a steam vulcaniser, a secondhand gas tyre mound, sandbags and a couple of tyre levers.

Established Ashburton businesses, Burnett Motors and Gluyas Motors were the only tyre suppliers while Neumann’s were the only specialist repair shop.

Jobs were varied from repairing gumboots to inserting liners into tyres. With post-war fuel rationing discouraging people from driving, Neumann’s customer service never waned. Len and his staff would often be seen cycling around town to collect tyres in necessity of repair. In 1959, Len purchased a section in Wills Street to expand the business. This proved to be the best move for the businessman as new tyre sales increased greatly.

With such commitment to the needs of his clients, it was not surprising the Neumann’s Tyres sales and tyre repair service expanded its scope to Ashburton’s wider business community and to rural areas.

Not interested in sales alone, he would offer friendly advice and on-site after-sales service. These were the foundations on which the Wills Street business today is based.

With Neumann’s sons Alan and Ian now at the helm, the enterprise has flourished and expanded to include Tyre General Christchurch, South Canterbury (Temuka and Timaru), Oamaru, Motueka, Nelson, Blenheim, Amberley and Rangiora.

It’s not surprising that today’s customers are 4th generation family members of some of the original customers…little did Len Neumann know that his beliefs in good old fashioned customer service would stand the test of time!!